Windows Server code name “Vail” / “Aurora” – What do we know so far?

Windows Server code name “Vail” is the name for the upcoming version of Windows Home Server. It will be based on top of Windows Server 2008 R2 and feature a complete new server console (now called Dashboard). A preview version of “Vail” (ctp4, community technology preview 4) with the buildtag 6.1.7360.0 (hsbs_ids.091210-1540) leaked to the internet in late January.
For an in-depth overview of the leaked Vail build, check this post by Rafael Rivera.
As you can see on the graphics below, private testing of Vail begun in 2009 and a public beta should be around soon. Microsoft has not announced a release date for Vail yet, but it should be available together with “Aurora” in the first half of 2011.

Update (4. Feb, 2010): I asked the owner of the server on which I have found the first Aurora bits (wanderingkiwi.com) about a possible date of a public beta and got this answer:

Unfortunately you have stumbled across one of my test servers at home.  I work in Windows Server at Microsoft. I wish I could tell you more, but at this time we are not ready to discuss future products but will certainly let you know as soon as more details become available.

Here is another answer I got from a Microsoft employee regarding Aurora:

We are not ready to discuss future products, but will certainly let you know as soon as more details become available.

“Colorado” is the code name of the new Client Computer Connector of Vail and Aurora. Since both, WHS and SBS are developed by the same team now (hence the hsbs in the build tag, hsbs stands for Windows Home and Small Business Server Team) the Client Connector is the same (also the remote interface of both looks pretty much the same at this point).

(those in italic have been found in the leaked Vail CTP, it’s not clear whether these are Vail builds or not)

Finally, here are some wallpapers I made: 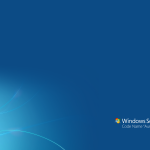 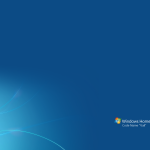 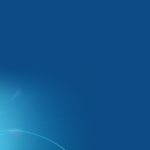 You’re currently reading “Windows Server code name “Vail” / “Aurora” – What do we know so far?,” an entry on WindowsWiki

Previous post:
What does IDS/IDW mean and what are Escrow builds?